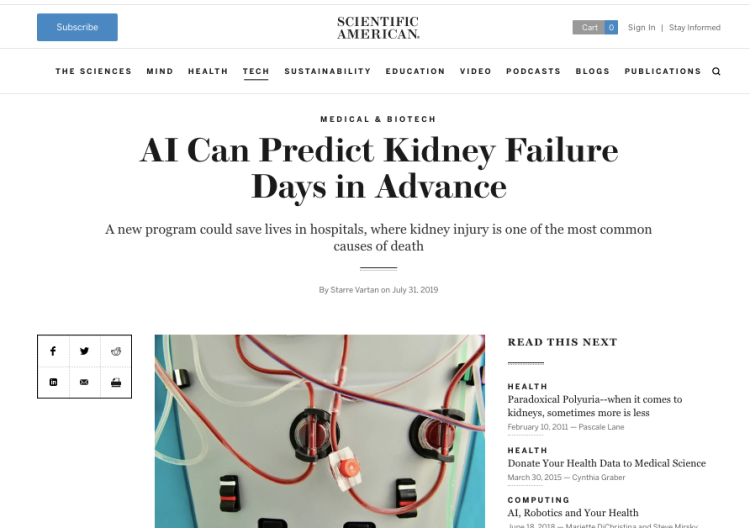 This was a fascinating story to report and I added to my knowledge of artificial intelligence and its uses in medicine.

“Researchers at DeepMind Health, a subsidiary of Google’s artificial-intelligence company DeepMind, and their colleagues…designed an artificial-intelligence algorithm to identify factors that suggest someone is at risk of AKI—and to predict it 48 hours before it happens. The algorithm predicted overall AKI cases with 55.8 percent accuracy, but in cases severe enough to later require dialysis, the figure was 90.2 percent. The work was described in a study published Wednesday in Nature.”